An air combat is on the way, you are asked to command this war. Now planes of enemy are full of the sky. A plane is described with three-dimensional coordinate (x, y, z)(1000<x, y, z<1200), and all coordinates are integers. As is show below: 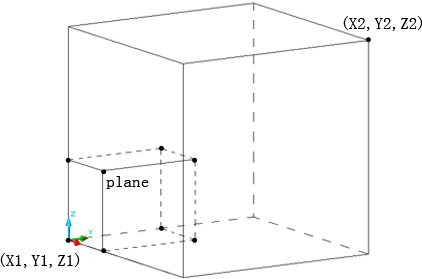 You have created a missile which can destroy all the planes in a cube whose center is (x, y, z), and the cube can be as large as (x-r, y-r, z-r) (x+r, y+r, z+r). This missile is so fierce that it will destroy not only enemy in that space, but also friends. And after that a position is occupied by a plane belongs to the opposite side before the explosion, that is to say an enemy plane will be replaced by a friend, a friend will be replaced by an enemy.

You want to reduce our loss, so you need to know which side a plane belongs to in a position.

Next line is a number of operation q.

Points M and N are all in cube given above.

Print a line for every ‘Q’ operation.